The One Thing That Could Keep 2020 Elections Cybersecure

With less than 100 days until the 2020 U.S. elections, cybersecurity questions are looming in the air.

Will nation-states try to hack electronic voter machines? What have manufacturers done since the last election cycle to bolster security? And more.

A lot has changed since 2016. One of those things is election security.

While the threat of foreign interference in U.S. elections is nothing new, the threat has adapted and evolved over four years.

An update on 2020 election security provides a few key insights on the cyber threat landscape for the presidential election cycle.

"Today, we see our adversaries seeking to compromise the private communications of U.S. political campaigns, candidates and other political targets.

In addition, foreign nations continue to use influence measures in social and traditional media in an effort to sway U.S. voters' preferences and perspectives, to shift U.S. policies, to increase discord and to undermine confidence in our democratic process."

Russia was a major player in the 2016 cyber threat. Now, NCSC has three countries it is watching closely for various types of interference:

With adversaries like these, what's stopping them from unleashing a devastating, nationwide cyberattack?

What is one key thing to prevent a nationwide election cyberattack?

According to Evanina, diversity might be the single greatest asset for U.S. election security.

"Our adversaries also seek to compromise our election infrastructure, and we continue to monitor malicious cyber actors trying to gain access to U.S. state and federal networks, including those responsible for managing elections.

The diversity of election systems among the states, multiple checks and redundancies in those systems, and post-election auditing all make it extraordinarily difficult for foreign adversaries to broadly disrupt or change vote tallies without detection.”

Some more evidence that diversity indeed makes us stronger. 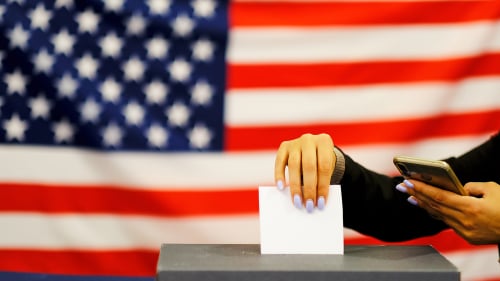