Inside a Cybercrime Network: This Is How They Work

The  U.S. Department of Justice and Europol revealed incredible details of a cybercrime network that was run like a business and made profits like one.

Inside story: this is how cybercrime networks operate

This is the story of the GozNym cybercrime network, based on indictment documents from U.S. Federal Court in Pittsburgh, Pennsylvania.

We'll go step by step on how the network started, developed, and worked to steal so much from businesses, financial institutions, and individuals.

This map will help as we go through the steps: 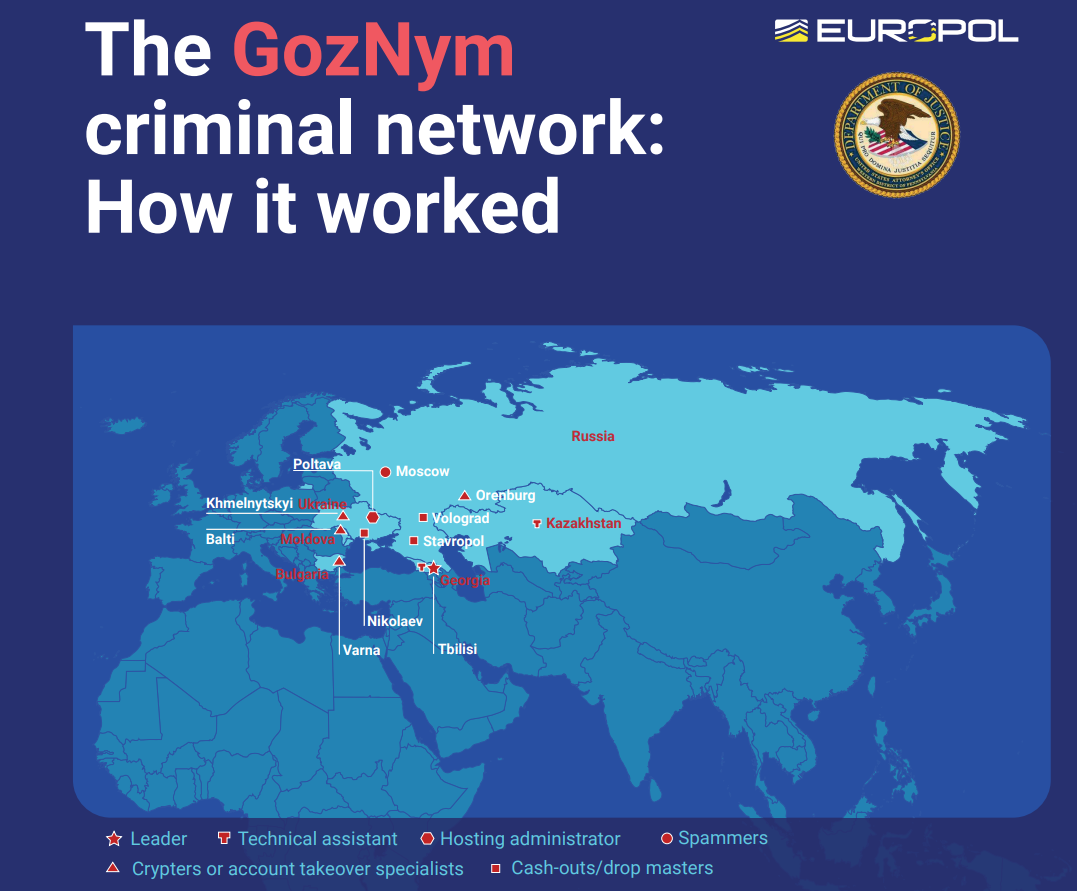 The global takedown of this criminal network

As we said earlier, this revealing look at how the cybercrime network operated came from court documents in Pittsburgh, where the FBI was part of the investigation.

“This takedown highlights the importance of collaborating with our international law enforcement partners against this evolution of organized cybercrime,” said FBI Pittsburgh Special Agent in Charge Robert Jones. “Successful investigation and prosecution is only possible by sharing intelligence, credit and responsibility. Our adversaries know that we are weakest along the seams and this case is a fantastic example of what we can accomplish collectively."

Cybercrime victims of the GozNym network

The U.S. Department of Justice also painted a picture of who could be a potential victim from a cybercrime cartel like this.

The answer is anyone. And any organization. Here is a sample of U.S. organizations that had money drained from accounts by this cybercrime operation:

Will the cybercriminals ever be prosecuted?

Some of the suspects, in this case, are already being prosecuted.

The alleged leader of the network, Alexander Konovolov, aka “NoNe,” and “none_1,” is being prosecuted along with his technical assistant in the country of Georgia.

The crypter of the group (and assistants) are also being prosecuted right now by officials in Moldova. Officials say the lead crypter is Eduard Malanici, aka “JekaProf,” and “procryptgroup. He's 32 years old.

Unfortunately, at least one suspect has already escaped.

Drop Master Farkhad Rauf Ogly Manokhin, aka “frusa,” was arrested in Sri Lanka at the request of the United States. After being granted bail, he fled back to Russia and is now out of reach of Western law enforcement.

He is one of five Russian nationals wanted by the FBI. All of them appear on this wanted poster: 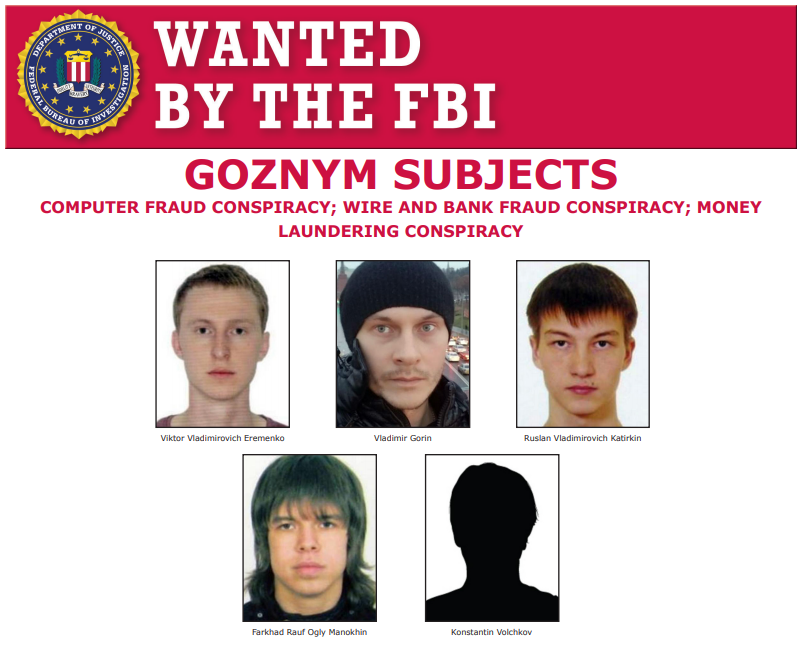 [RESOURCE: Collaborate with your IT security peers across North America at your regional SecureWorld conference]