Does Artificial Intelligence Have Rights?

Does artificial intelligence have rights?

Take a musical AI like MuseNet, for example. It lets you enter your requests and then creates never before heard music.

"...a deep neural network that can generate 4-minute musical compositions with 10 different instruments, and can combine styles from country to Mozart to the Beatles."

Sometimes the results of your requests get ugly. A Verge reporter discovered that last year:

"When I had it write the ending of the Harry Potter theme in the style of a video game soundtrack, it eventually descended into the stuff of nightmares."

Regardless, the work was an AI original.

Should AI process or creations be protected by patent law?

And this is where the question of rights for artificial intelligence comes in.

If humans can have their AI creations protected by a U.S. patent or copyright law, should the artificial intelligence itself have similar legal protections around what it creates and how it does so?

Back to MuseNet for a moment as you ponder this question.

It was the brainchild of OpenAI, a research lab trying to create artificial intelligence that benefits all of humanity. But MuseNet, after its creation, started learning and acting on its own.

"MuseNet was not explicitly programmed with our understanding of music, but instead discovered patterns of harmony, rhythm, and style by learning to predict the next token in hundreds of thousands of MIDI files."

In other words, it is seeing Musical Instrument Digital Interface (MIDI) data files in a unique way and deciding what it will do, creating a new and often unexpected outcome.

Now the U.S. Patent Office is wrestling with the issue of patent and copyright protection for AI itself.

Article 1, Section 8, Clause 8 of the U.S. Constitution states that Congress has the power "[t]o promote the progress of science and useful arts, by securing for limited times to authors and inventors the exclusive right to their respective writings and discoveries."

As artificial intelligence technologies (AI) quickly advance, the concepts of "authors and inventors" may not necessarily be confined to the human realm. From creating paintings and symphonies to generating advertising copy and recommending products to consumers, AI has already produced impressive artistic and commercial output.

What impact will this have on our constitutionally founded IP system?

And then they get to the ultimate question.

Should a work produced by an AI algorithm or process, without the involvement of a natural person contributing expression to the resulting work, qualify as a work of authorship protectable under U.S. copyright law? Why or why not?

The leaders of the U.S. Patent and Trademark Office are also looking at related issues:

You might want to ponder these questions with some original music playing in your headphones.

Original music created for you by the artificial intelligence of MuseNet, perhaps? 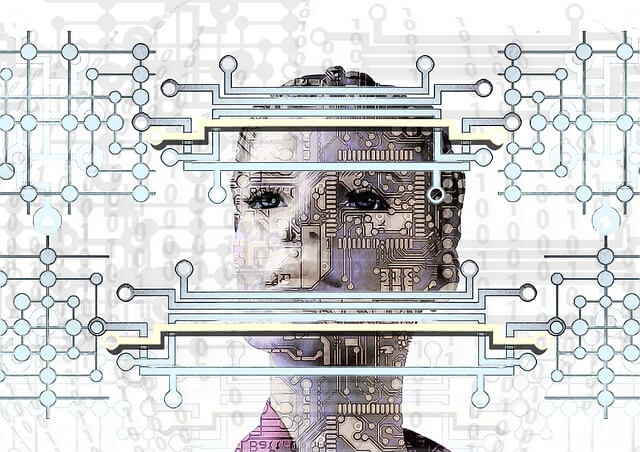