Fifteen NFL teams and the NFL itself had social media accounts hacked over the weekend.

We're going to look at how these hacks played out, what the hackers posted, and some priceless reactions from Chicago Bears fans.

The hackers started accessing the social media accounts of NFL teams on Sunday morning, just a few hours before the Pro Bowl kicked off.

In each case, hackers announced a Saudi Prince as the new team owner. 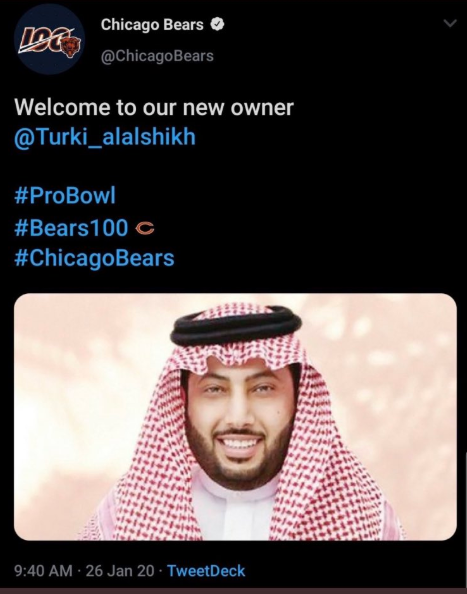 2. The NFL hackers follow up with a J/K and an introduction:

If it is truly the "Our Mine" hacking group we've seen in action before (and not someone just claiming to be them), this is par for the course.

In 2016, for example, OurMine hacked the Twitter accounts of the Wikipedia co-founder, the Pokémon Go creator, one of Twitter's co-founders, Google's CEO, and more.

And yes, OurMine is believed to be a Saudi-based hacking group comprised of teenagers. So it makes sense that it suggested the new team owner was a Saudi prince, Turki Al-Sheikh.

3. The team regains control of its social media accounts

Here is what the Chicago Bears team posted to its Twitter followers.

Apologies that our account was compromised this morning. We're back in the game & ready for the Pro Bowl. 🐻⬇️

We're sure fans around the NFL were snickering at their team's weak passwords, which likely allowed hackers to breach so many accounts, so fast.

However, some of the most hilarious reactions came from Chicago Bears fans who are notorious for sharing how they really feel—especially after finishing third out of four teams in the NFC North.

Here is a sampling of how Bears fans reacted: 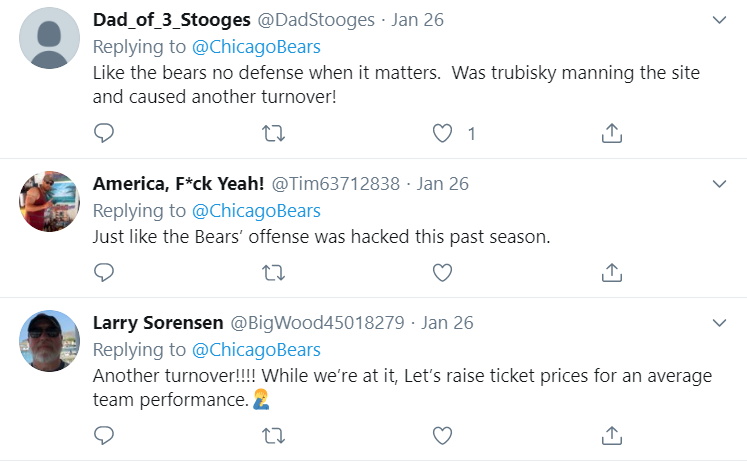 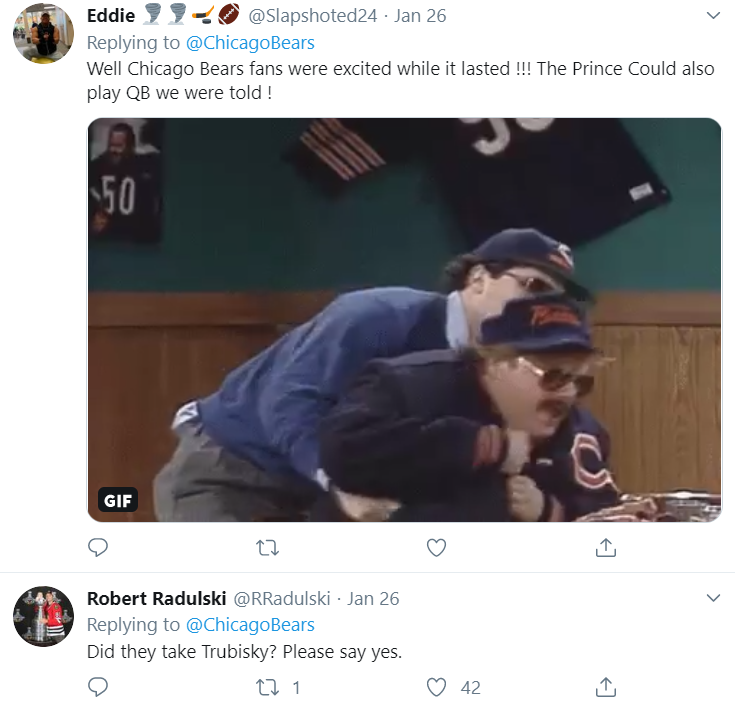 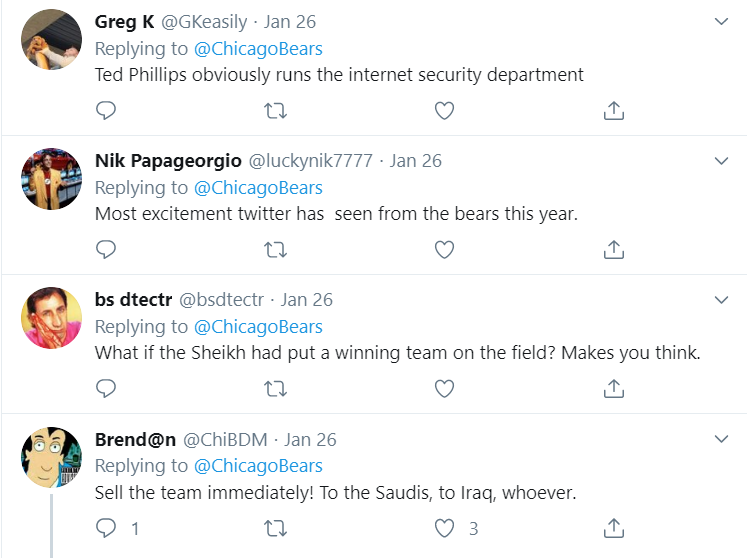 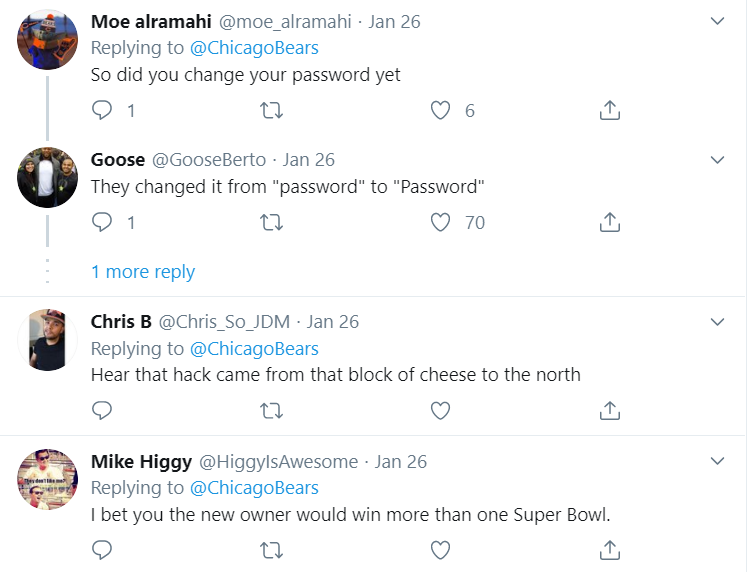 And while we don't know what guessable password each team used to allow these social media hacks, one fan had a pretty good guess about
da Bears.

And another one wrote:

"This never would have happened if you'd enabled 2-factor authentication."

It's true, strong passwords only used on one account and two-factor authentication can really help. 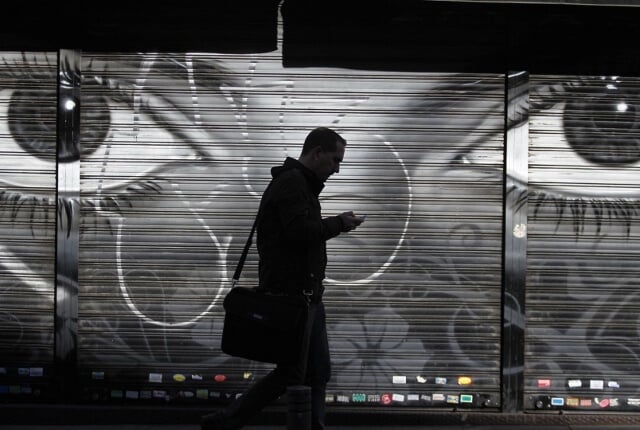