Marijuana at Work – The 411 on 420 for Employers and Employees

By Colleen Riccinto
Read more about the author

It’s April and that means rain showers, the start of baseball season, and April 20th, or 420 as it’s referred to in cannabis culture.

What, pray tell, does 420 have to do with security? There are a lot of security folks who have joined the reefer revolution. FBI Director James Comey summed up the situation best with remarks that were quoted in the Wall Street Journal, which he later clarified: "I have to hire a great workforce to compete with those cyber criminals, and some of those kids want to smoke weed on the way to the interview."

So, security community, what do we do about this issue? Loosely speaking: hackers smoke pot, management sets anti-drug policies, applicants breathe a sigh of relief when they pass their pre-employment drug screen, and Mary Jane is stuck in the middle.

Changes to your employee handbook or state and federal law to support a more marijuana friendly culture aren’t coming soon enough.  Here are some suggestions for coping in the meantime.

Realize employers have the upper hand

The law is legal, not logical. It makes sense that if a state has legalized marijuana for medical or recreational use, employees who smoke marijuana—on their own time, away from work, and don’t come to work high—would be protected if they were found out for smoking weed. Unfortunately, this is not the case. Time and time again, case law has sided with the employer.

Wal-Mart’s been involved in this legal issue too, and won. Wal-Mart fired Joseph Casias for using medical marijuana outside of work hours to treat pain from an inoperable brain tumor and cancer. Casias, represented by the ACLU, lost his appeal to the U.S. Court of Appeals for the Sixth Circuit. The court asserted that Michigan’s medical marijuana law is intended to protect lawful users from arrest. Period. It does not regulate private employers and their policies on drug use.

If you partake, keep it to yourself... and know you’re taking a risk

“My boss and co-workers, they’re cool,” you may be thinking to yourself. “It’s not a big deal if they know that I smoke. As long as I do my job, nobody here cares what I do.”

My friends, this is wishful thinking. Your boss and co-workers may not care if you smoke weed, but the company they work for probably does. A social media post, casual comment to a co-worker, or tripping on the rug in the office could lead to getting you fired.

Let’s take the Casias v. Wal-Mart case one step deeper. The reason Wal-Mart became aware of Casias’ marijuana use is because he injured his knee in an accident at work. At the hospital, Casias showed his registry card when he was subject to a drug test per Wal-Mart policy. The test came back positive for marijuana. Casias, who was recognized as the store’s Associate of the Year, was promptly fired for his “drug use.”

Know the law and know your rights. The National Council of State Legislatures lists state medical marijuana laws and takes a deep dive on the issue.

Managers, beware of what you say

Attorneys are chomping at the bit waiting to cash in on medical marijuana claims against employers from disgruntled employees. Yes, many of them are frivolous, but that doesn’t deny their existence. If a team member comes to you to discuss medical marijuana as an accommodation for a disability, you’re on a slippery slope. Get HR involved immediately and don’t try to handle the situation yourself first.

Like security, 420 has its roots in a cipher. What started out as a secret code to alert a group of friends at San Rafael High School in California to meet by a statue at 4:20 p.m. turned into a code word that’s lit up a national movement. Although I’m not an attorney and nothing that I have said should constitute legal advice, I do hope I’ve provided you with some second-level thinking on a complicated issue. 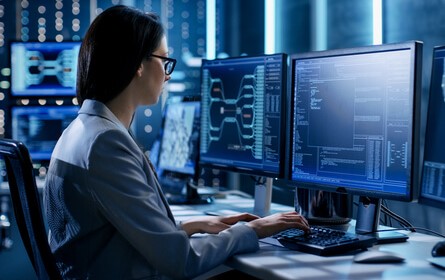 What Is the Information Systems Security Manager Role?