Outside the cybersecurity world, we know the kinds of attacks that tend to make headlines.

But, as Cisco Talos reveals, less intrusive cyber threats can be just as damaging.

What is one of the most advantageous qualities for a cyber threat to have? According to Cisco Talos, it's the ability to go unnoticed.

And its recent investigation found a botnet that does just that. Called "Prometei," this cryptocurrency mining botnet uses techniques to fly under the radar of end-users, though the strategies themselves might be obvious to a defender.

"The actor employs various methods to spread across the network, like SMB with stolen credentials, psexec, WMI and SMB exploits. The adversary also uses several crafted tools that helps the botnet increase the amount of systems participating in its Monero-mining pool."

Cisco Talos has been tracking Prometei for three months, though the botnet has been active since March. Allegedly, the attack suffered a blow in June due to a takeover of one of its command and control (C2) servers.

"But this takeover didn't stop its mining capabilities or the validation of stolen credentials. The botnet continues to make a moderate profit for a single developer, most likely based in Eastern Europe.

The actor behind it is also likely its developer. The TTPs indicate we may be dealing with a professional developer, based on their ability to integrate SMB exploits such as Eternal Blue and authentication code and the use of existing open-source projects, such as Mimikatz and FreeRDP."

Everything starts with the main botnet file. From there, the infection copies and spreads throughout the system, using passwords retrieved by a modified Mimikatz module and exploits like Eternal Blue.

"The botnet has more than 15 executable modules that all get downloaded and driven by the main module, which constantly communicates with the command and control (C2) server over HTTP. However, the encrypted data is sent using RC4 encryption, and the module shares the key with the C2 using asymmetric encryption.

Apart from a large focus on spreading across the environment, Prometei also tries to recover administrator passwords. The discovered passwords are sent to the C2 and then reused by other modules that attempt to verify the validity of the passwords on other systems using SMB and RDP protocols."

But that's not all. In addition to stealing computing power, Prometei has another feature: stealing and validating credentials.

"Although we only saw evidence of stolen credentials being used to spread laterally, they also have a value on underground markets and the damage potential of losing important administrative username and password is very high.

This is why organizations that detect the presence of Prometei botnet on their system should act immediately to remove it and to make sure none of their credentials are leaked to the command and control server." 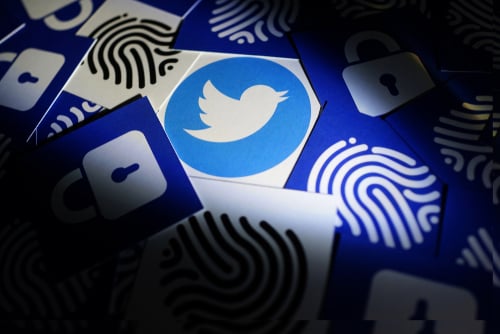