If you have a Salesforce admin at your shop, don't ask how their weekend was. You should already know.

"I hope they plan on compensating us in some way. This whole weekend was a nightmare," says Joshua, who posted an update on downdetector.com.

Details of the Salesforce outage

The online service monitoring site had the Salesforce heatmap lit up like a Christmas tree starting Friday, May 17. 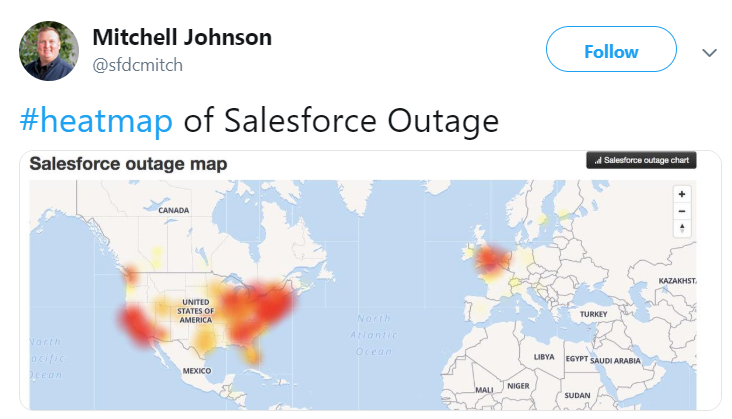 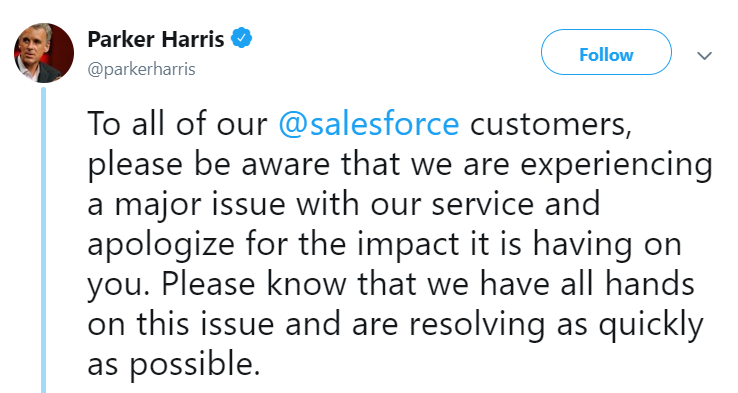 The outage incident carried on through the weekend. Salesforce put the official outage time at two days and 20 minutes.

In other words, the internal access management settings somehow were blown out by the script deployment and all users suddenly had full access to all of their organization's Salesforce data. Some posted that users also had the permissions to change that data.

The security and business implications were huge, so Salesforce took drastic action to shut down many services until permissions could be restored.

People had a lot of time on their hands when #SalesforceDdown was trending, and they were incredibly creative. Here are 20 tweets that cracked us up: 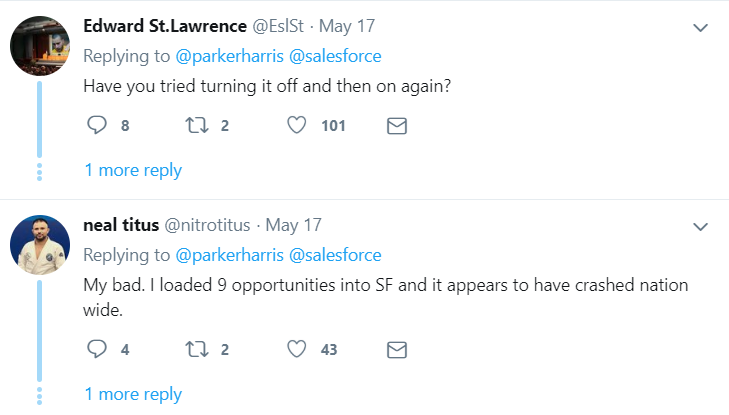 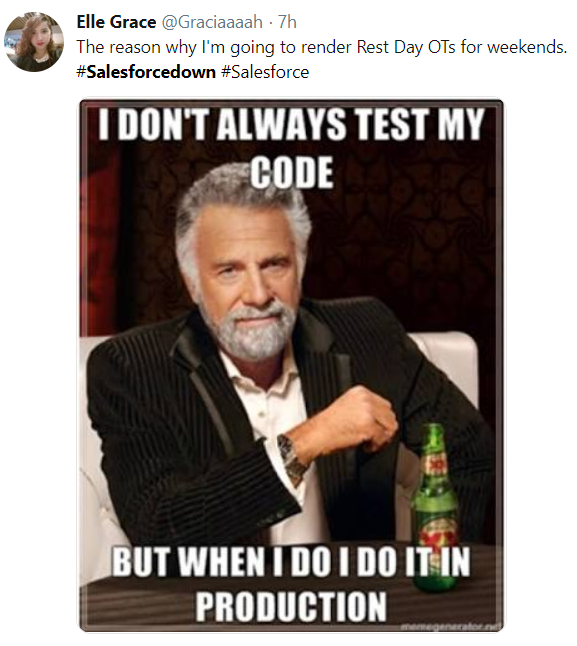 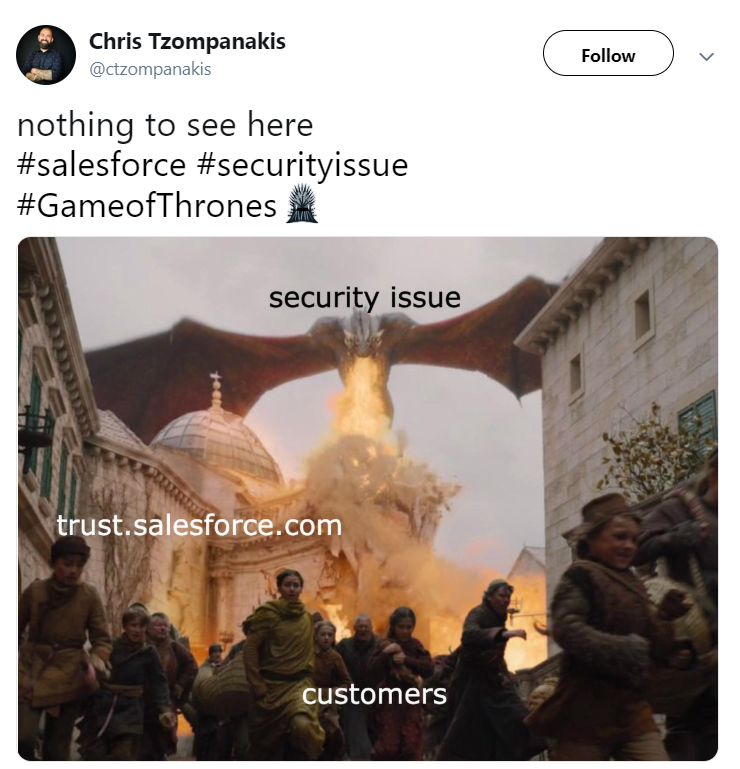 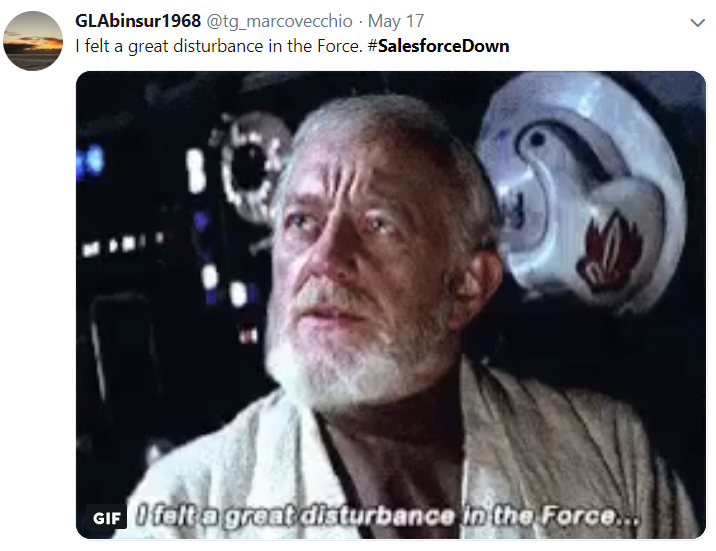 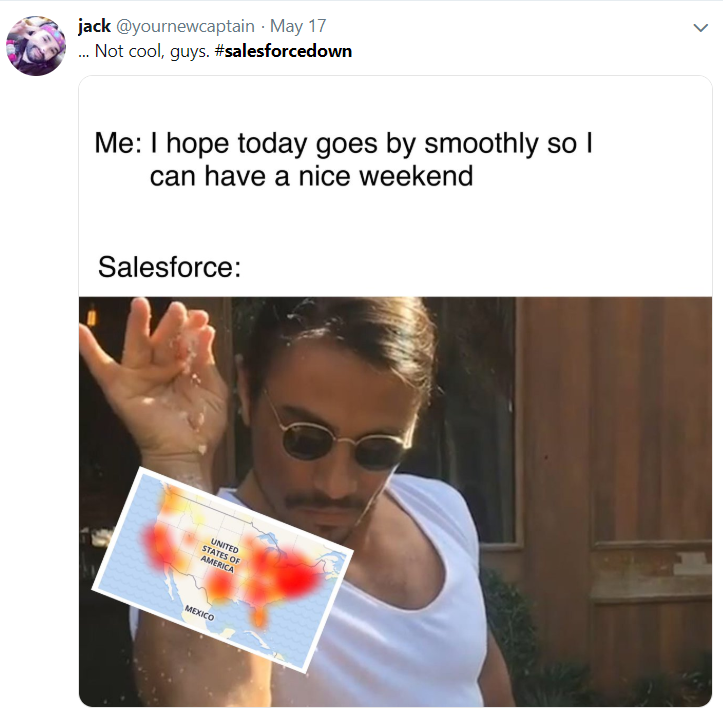 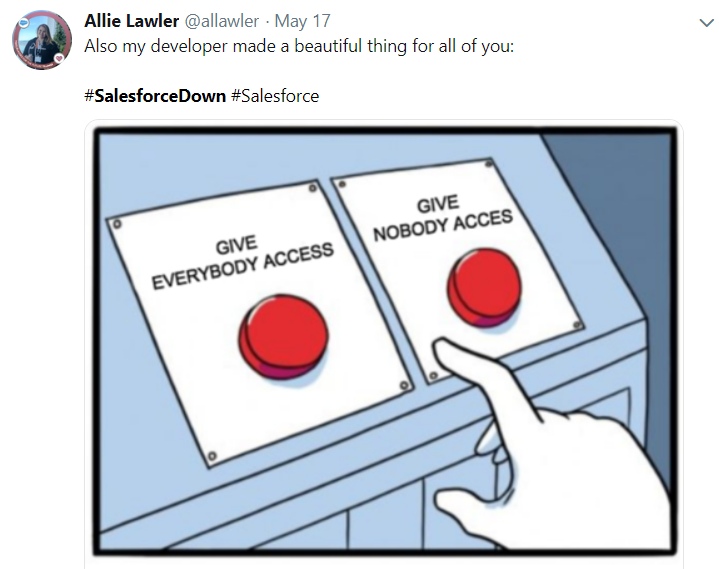 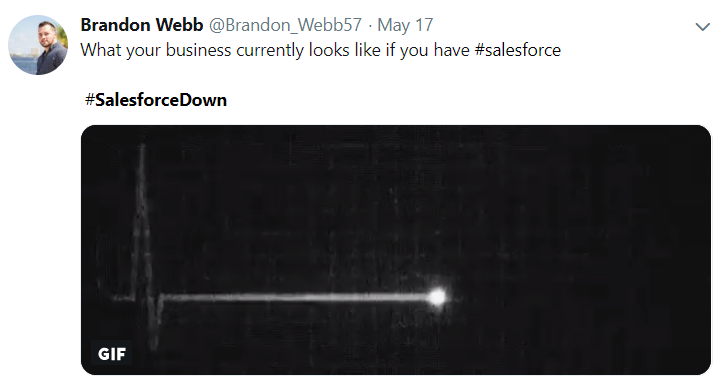 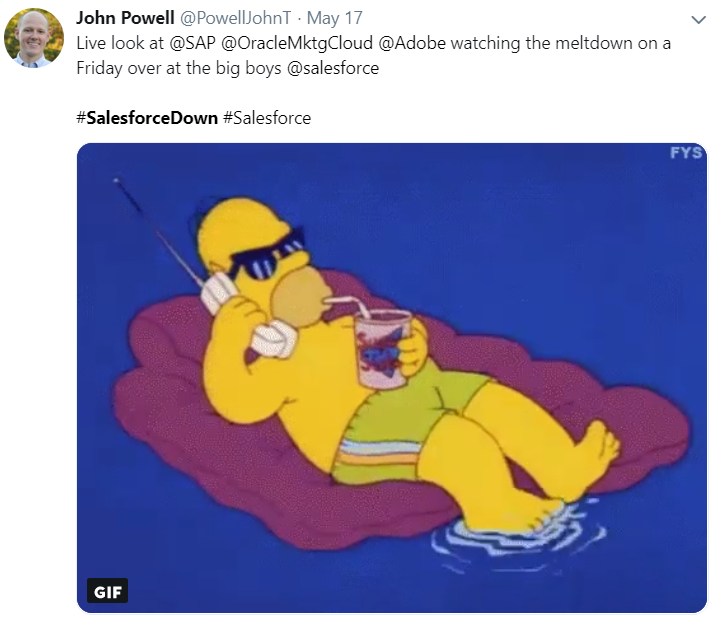 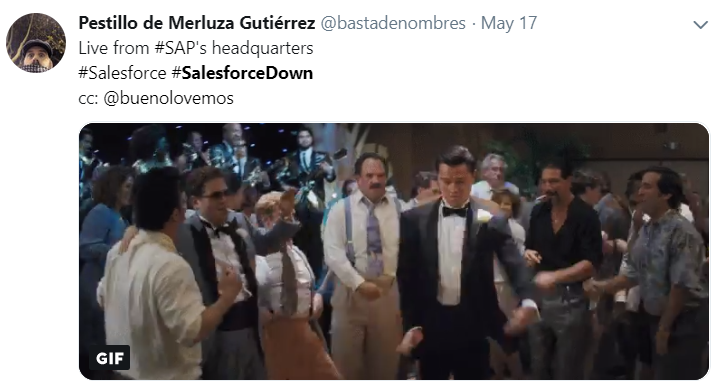 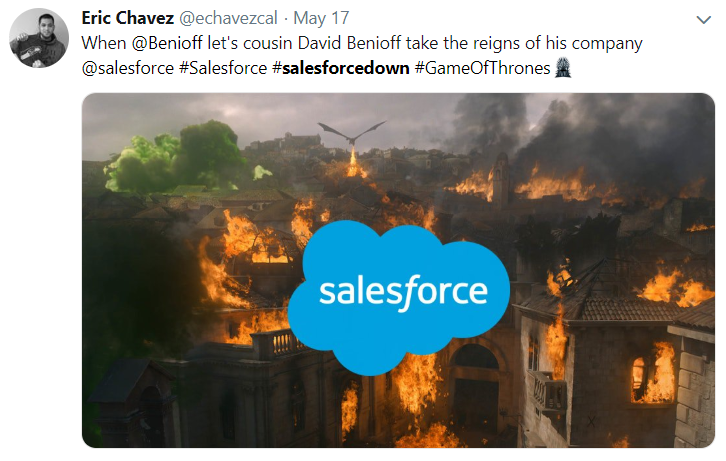 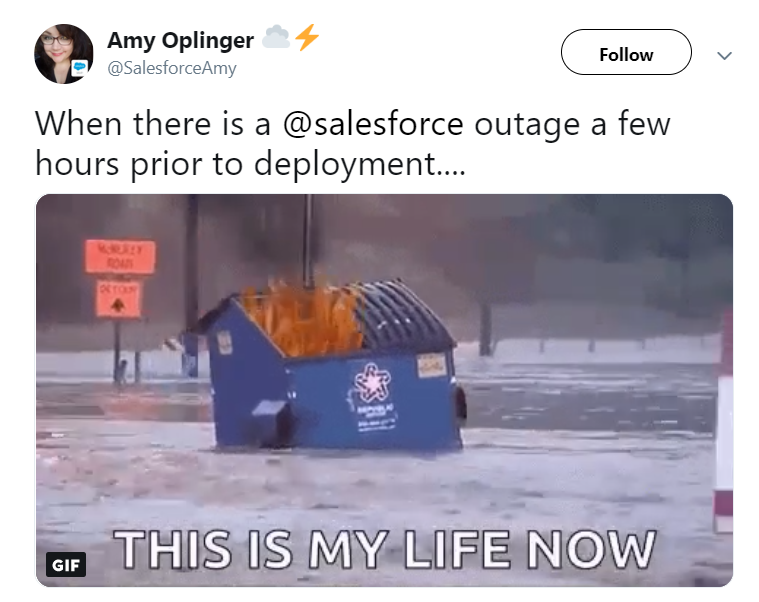 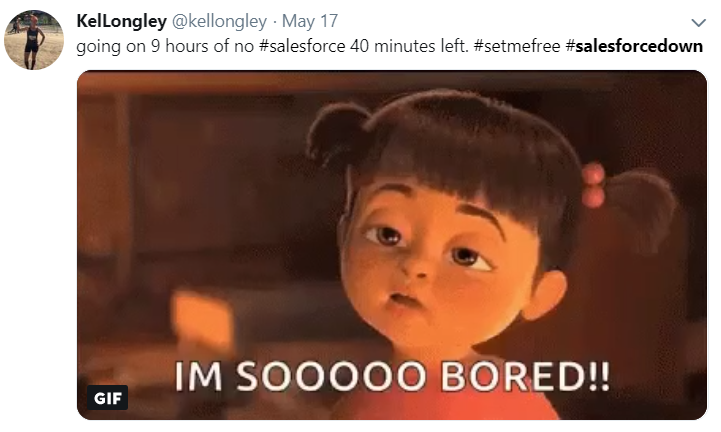 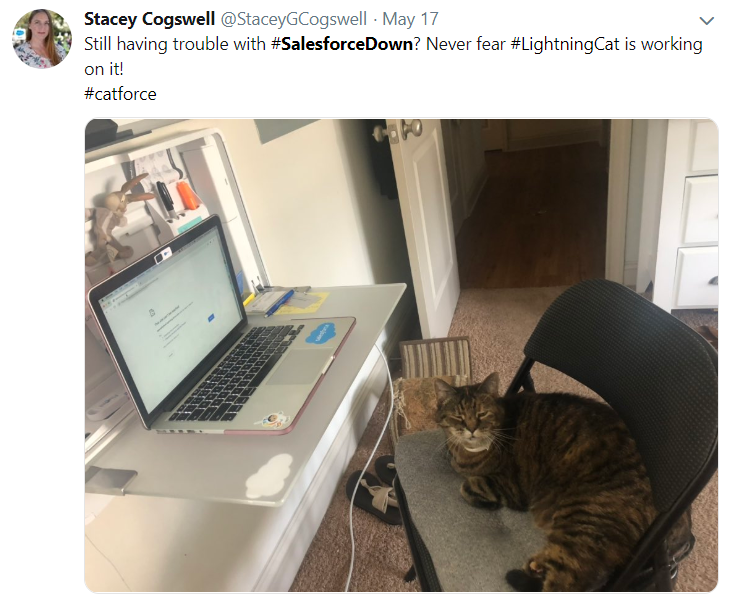 Next time, #LightningCat may want to work a little faster. 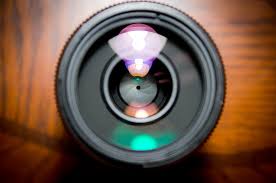