The U.K. government recently sent out roughly 800,000 laptops to disadvantaged students who may not have access to one at home.

This is part of its plan to distribute one million laptops in an effort to make remote learning easy and accessible for all.

Unfortunately, a number of the laptops sent out were discovered to have malware.

BBC News has reported that upon delivery of the laptops to students, teachers began sharing information on an online forum about suspicious files found on laptops that went to Bradford school students.

They say the malware appears to have been contacting Russian servers and has been found in a handful of schools.

The Department for Education has said that it is urgently investigating this issue. One DfE official told BBC News this:

"We are aware of an issue with a small number of devices. And we are investigating as an urgent priority to resolve the matter as soon as possible. DfE IT teams are in touch with those who have reported this issue. We believe this is not widespread."

The firm that produced the laptops, Geo, has said it is cooperating with the DfE to try to figure out what exactly happened. In a statement from Geo:

"We have been working closely with the Department for Education regarding a reported issue on a very small number of devices. We are providing our full support during their investigation.

We take all matters of security extremely seriously. Any schools that have concerns should contact the Department for Education."

Reports on the malware have indicated that the Windows laptops contained Gamarue.I, a worm discovered by Microsoft in 2012.

Paul Moore, an information security consultant, says that this worm is a serious threat to any PC or network.

"Ideally, users should reboot into safe mode and run a full scan with an anti-virus product. However, with this type of malware, it is advisable to seek professional assistance in order to ensure it has been correctly removed."

The U.K. Department for Education has recommended that schools check their networks as an extra precaution. 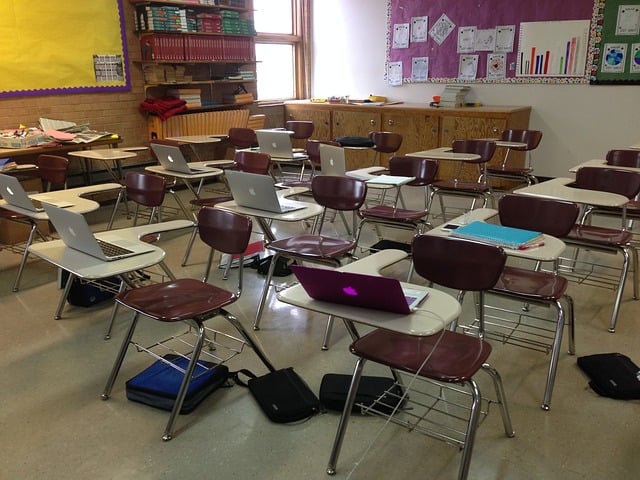 This Is How Cybercriminals Are Targeting School Teachers