Like most educational institutions across the country, your high school or college opted for a virtual graduation ceremony amid COVID-19. That reality is disappointing, but at least it is something.

Now imagine your graduation gets Zoom-bombed and abruptly stopped.

One thing is for sure: Oklahoma City University did not anticipate something like this happening during graduation.

On Saturday, May 9, the school held a virtual graduation ceremony to celebrate the class of 2020. It hosted the event on Zoom, one of the most popular platforms for digital meetings.

Names of graduates scrolled across the screen for families to see. Leondre Lattimore was one of them.

Then, after a student finished a speech, things took a turn.

The screen went black, and according to Lattimore, the image was horrifying: "Then all we saw was the N-word and a swastika."

The ceremony ended right after the attack, leaving the offensive attack in the minds of everyone watching.

"My grandma, my mom saw it, and they were heartbroken," continued Lattimore.

"We are heartbroken and outraged at the hate-filled attack that occurred at the end of our virtual graduation celebration today. During a time that should have been focused on recognizing our graduating students, an unknown source was able to bypass the system and display racist and offensive language. I want to be clear, OCU stands against racism, bigotry, and anti-Semitism."

She also promised to investigate the attack to the full extent of the law:

"We will ensure that all participant data is provided to investigators and will assist law enforcement as they work to identify the perpetrators of this racist act. The University will pursue every avenue available to ensure that those responsible are held accountable under the law."

Other colleges have also experienced attacks on their virtual graduations.

In fact, this may be an emerging thing to watch out for as the 2020 graduation season continues to unfold.

Florida Gulf Coast University (FGCU) described the decision as a historic "first" for the institution: "This year's graduating class will make history when virtual commencement takes place this weekend."

But FGCU may have also achieved another historic "first" through the event: the first graduation to get shut down by a cyberattack. The school posted on Facebook:

"Please be aware that at approximately 9:55 a.m., our vendor, StageClip, experienced a cyber attack on their servers which took them offline and appeared to distort the graduate list."

Cybercriminals used a DDoS attack to prevent graduation host StageClip from going online for the ceremony.

But no matter the kind of attack, the impact is still devastating for the class of 2020. 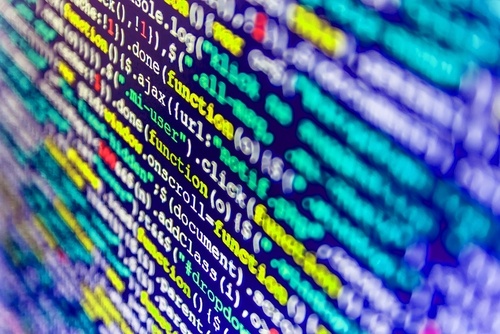